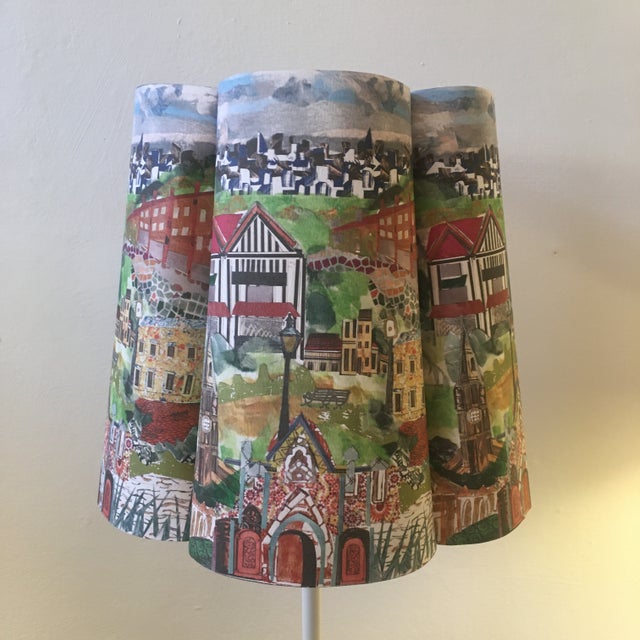 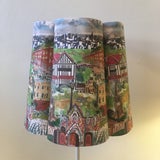 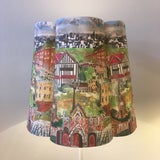 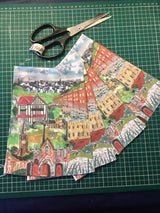 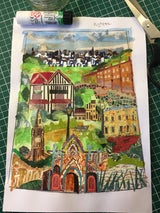 I confess it - I live close to Highgate and love the lofty walk up local hills to reach the heady heights of Highgate Village. It is, literally, a village perched on a hill overlooking London. Its name derives from the toll gate which used to stop coaches and horses on their way in and out of the capital. Nowadays you simply channel the Dick Whittington story by reaching the highest spot and gazing down on the huge metropolis. You can see all the iconic buildings of the City - even St Paul's Cathedral which is overlooked by massive high rise buildings housing banks and London's commercial traders. The village itself is full of old buildings, little alleyways and winding roads. You are close to the Heath and the swimming ponds. So, in this Papershade I've included features such as the Gatehouse pub with the theatre upstairs, the entrance to the ancient Highgate Cemetery and the gothic tombs, The Flask Pub, pond square and an impression of the houses in roads which radiate from the centre of the village - oh, and the terrific view of London beyond.

The Papershade arrives as a flatpack in an A4 envelope and you assemble it. There's a 'how to' film on the website if you get stuck. The price includes postage and packaging.